Product Designer based in Amsterdam.

Find the right caravan for you, for you next adventure. A project together with Katy Jackson to learn more about SEO, NextJS and Strapi (backend).
findcaravans.com 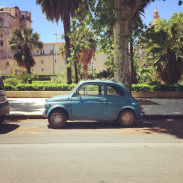 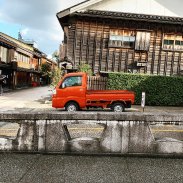 A collection of photos and short stories, taken or curated and written by Jesper. The stories are written from the perspective of the things in the picture. They might be true or funny, you be the judge of that!
littlemovingthings.io View on Instagram

A Figma plugin to export a prototype created in Figma. Unpublished after 9.2k installs on the Figma Community because of the complexity of the Figma API & lack of time.
Find out more

Rejoined Pivotal Labs to lead the design efforts on projects for the flagship government client in the BeNeLux region.

When Jesper joined Pivotal Labs he said he wanted to “build products for a living” and that is what he did... Read more

Jesper worked on many projects in the finance, government, retail and automotive sectors leading the design track on each of the projects.

On his biggest project he lead a design team of 5 designers while designing & successfully releasing their responsive website, iOS and Android apps.

At Pivotal in London, Jesper gained the experience in teaching design to people new to design. From exploratory user research to defining the visual style of the product.

While doing that, Jesper has closely worked with Product Managers & Software Engineers to always deliver working software in the hands of users. Read less

At Method Jesper developed himself as an interaction designer working under the wings of some of the best visual designers... Read more

Method brings brand and experience together as one. Jesper worked on various retail projects and he was part the team working on Lush’s new website. (http://lush.co.uk)

He also worked from the New York studio on a project for one of the world's biggest food chains defining their new digital experience. Read less